By Tim Deahl, Founder of StoryTravel – Your Specialist in Private StoryTelling Tours!

Most people visiting The Netherlands will visit the tourist destination Amsterdam. But there is a lot more to do including riding in the beautiful cities near Amsterdam. You think you don’t have enough time? Don’t bother, because The Netherlands is not that big.

Most cities are only about 30 minutes by train from Amsterdam. In this article I will describe to you a few amazing Dutch cities to go starting from the nearest to Amsterdam: Haarlem, Utrecht, Leiden, The Hague and Delft. Above all I will give you some background information about these cities. If you would like to know more about how to actually get to these cities, read my blog about Trains In The Netherlands.

Haarlem (only 15 minutes by train)

In Haarlem, the most decent form of Dutch is spoken. The type of Dutch you’ll hear on the Dutch national broadcasting. Haarlem is very close to Amsterdam, only 15 minutes by train. It is, like many Dutch cities, similar in architecture to Amsterdam, but much smaller. Almost everything in the centre of Haarlem is in walking distance.  It’s known for nice shopping, but also for it’s many stories of the past. Stories about the Dutch resistance during World War II or about famous Dutch painters. For a tourist, it is recommendable to take a tour to explore the city or just have a look on TripAdvisor. 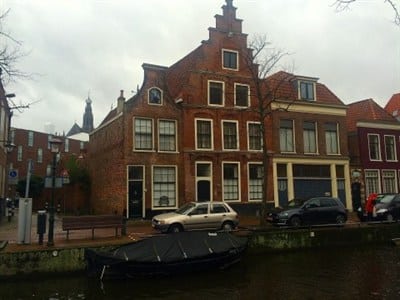 Utrecht looks very much like Amsterdam, but has less visiting tourists. It is number 4 of the biggest cities in The Netherlands. You could definitely state that this city is also the most central in The Netherlands. It is only 27 minutes by train from Amsterdam and has many beautiful old buildings. One of them is the famous Dom Tower, right in the middle of the city. It is the highest church tower in the country (constructed in 1382). Furthermore, Utrecht also has some connections with the Royal Dutch Family. The present King Willem-Alexander (1967) was born here.

Leiden is known for housing the Dutch Royal Family during their studies, but especially known for The Pilgrim Fathers. They lived here during the 16th century, right before they went to explore America. In the last centuries many American presidents, descending from the Pilgrim fathers visited Leiden to see where their to see where their ancestors lived before they came to America. Furthermore Leiden is the city where the famous Dutch painter Rembrandt van Rijn was born. Next to this it has many canals and old Dutch architecture. Absolutely a must see! Leiden is near Amsterdam, only 36 minutes by train. 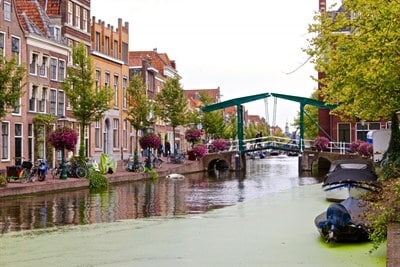 Cycling Through Flower Bulb Area (about 30-36 minutes by train)

The Netherlands is famous for their many flowers, as it is for their many bicycles. From March to May, each year, flowers dominate the country. Many visitors combine these two in a special area: the Flower Bulb area. It is right in the middle of three beautiful cities: Leiden (capital city of flowers), Haarlem and Amsterdam. A must see is absolutely the Flower Gardens (Keukenhof) in Lisse.

Want to experience the flowers by bike? And also want to know more about the area? Join the guided Flowers and Castles cycle tour! You will not only see the flowers, but also some old castles in this area. Furthermore you’ll visit an award winning Dutch cheese farm. Tour available every year from March 23rd – May 15th on Friday and Saturday from 11:00 – 17:00.

The Hague (50 minutes by train)

The Hague is the capital city of the province of South Holland and it is the third biggest city of The Netherlands. Only 50 minutes by train from Amsterdam. Furthermore the government have been situated here since 1588. Their residence is called “Binnenhof” and attracts many tourists every year. Besides the Supreme Court and Council of State are situated here. What absolutely will catch your eye is the Peace Palace, where the International Court of Justice is located. The palace also displays a number of statues, busts and portraits of prominent peace campaigners from around the world and of all eras. Some names: Mahatma Ghandi, Nelson Mandela, Jean Monnet and Jawaharlal Nehru. Last but not least, there is Madurodam, a theme park with a small miniature display of The Netherlands. 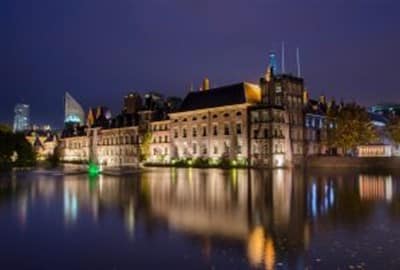 Delft is the city of the Dutch Royal Family. This started in 1572 when William of Orange, founding father of the Dutch Royal Family, took up residence here. William was the Dutch military leader during the first phase of their War of Independence (1568-1648). In 1584 he was killed by 2 bullits at Prinsenhof in Delft. The bullit holes are still visible at Museum de Prinsenhof. William was buried at the Nieuwe Kerk (English: New Church) in Delft. Nowadays this is the private royal family crypt. Delft, like many Dutch cities, has a beautiful, old city centre. 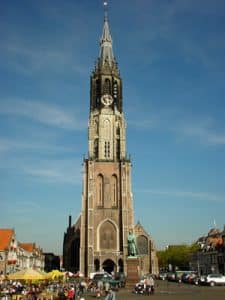 Thanks to Tim for this interesting story about how you can get the most out of your trip to The Netherlands and the Amsterdam area. Be sure to contact Tim with your specific questions info@storytravel.nl

Call or email us about destinations, tours and tour companies, or if you want us to help you plan the perfect cycling vacation. We aren’t a tour operator or a travel agency (yet), but we are knowledgeable and passionate about cycling vacations.